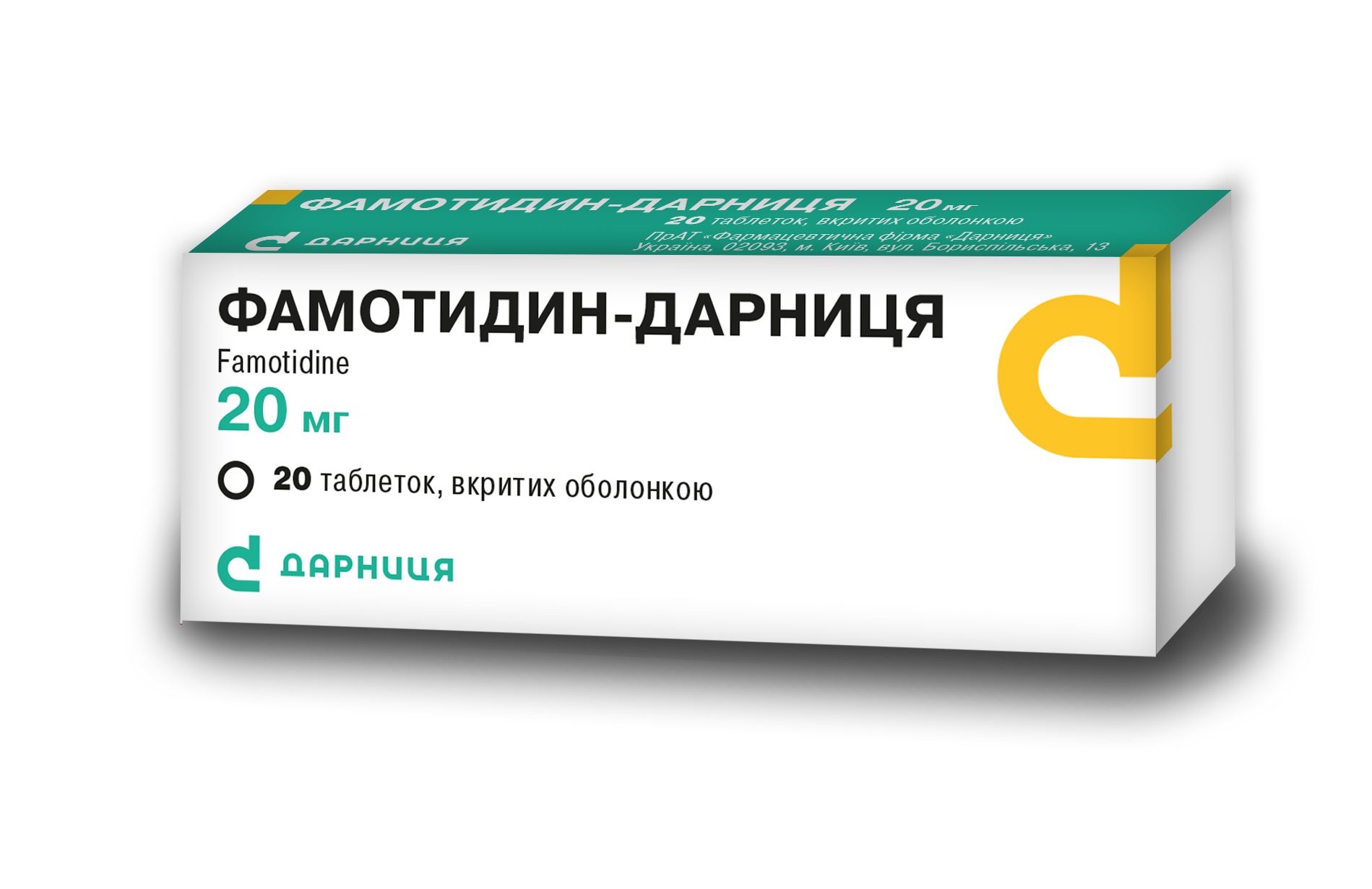 Prevention of the development of symptoms and erosions or ulcer formation associated with gastroesophageal reflux disease.

The tablet is swallowed whole with a glass of water without chewing. Famotidinе is used regardless of food intake.

In order to prevent recurrences, a maintenance dose of 1 20 mg tablet once before sleep for 1–4 weeks is prescribed after achieving a therapeutic effect.

In gastroesophageal reflux disease associated with erosive esophagitis or ulcers — 40 mg twice per day for 6–12 weeks.

To prevent recurrences of symptoms and erosion or ulceration associated with gastroesophageal reflux disease (maintenance therapy).

20 mg twice per day should be prescribed.

The dose of the medicine is selected on an individual basis. Patients who have not previously taken antisecretory medicines are prescribed the initial dose of 1 20 mg tablet 4 times per day (every 6 hours). For patients who have previously used other H2 histamine receptor antagonists, a higher initial dose of 40 mg every 6 hours can be prescribed immediately. Subsequently, the dose is adjusted depending on the level of gastric juice secretion and the clinical condition of the patient. Treatment should be continued while clinical symptoms of the disease are observed.