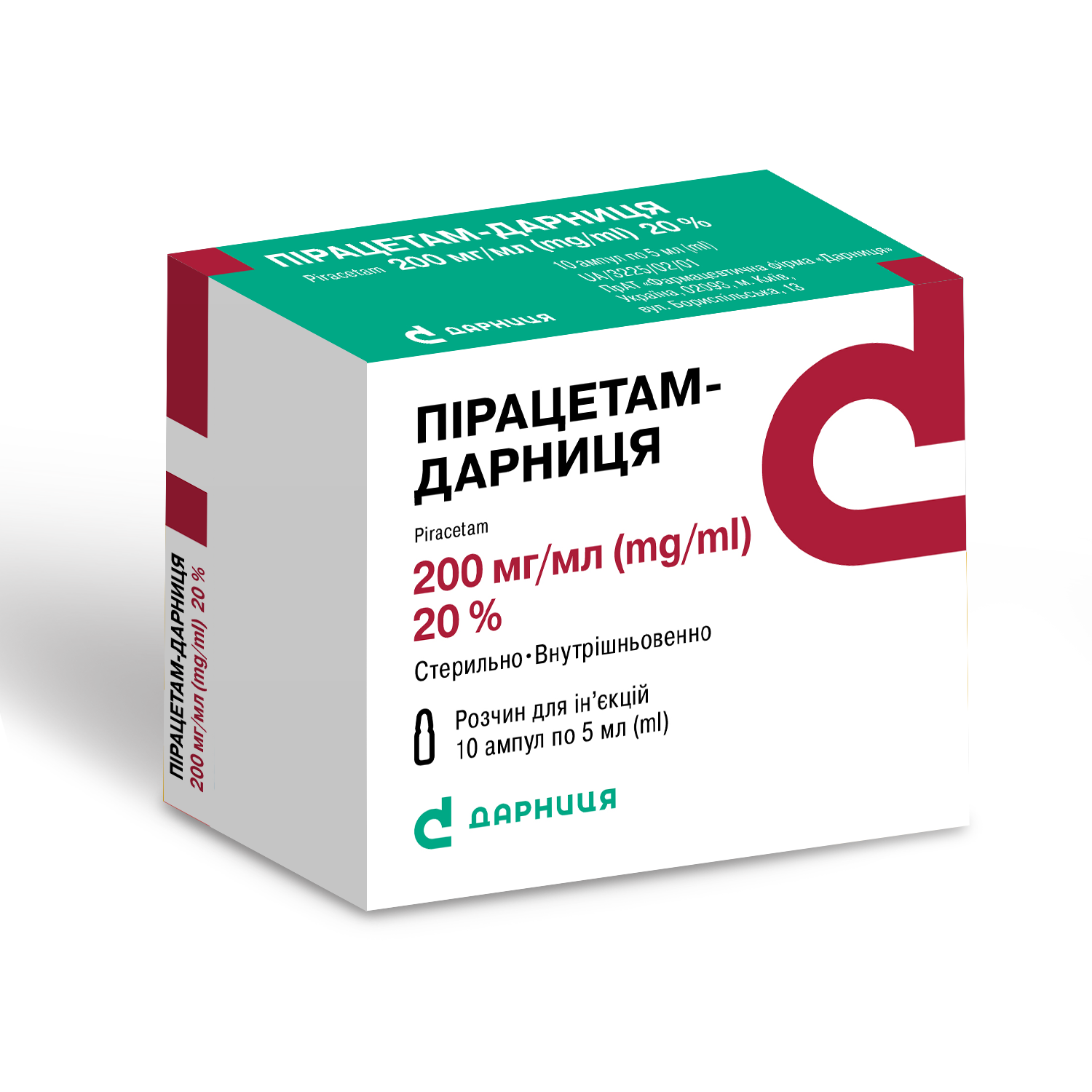 The active ingredient of the drug is piracetam, a cyclic derivative of gamma-aminobutyric acid. Piracetam is a nootropic drug that acts on the brain, improving cognitive functions such as learning ability, memory, attention, and mental performance. There are probably several mechanisms of the drug's effect on the central nervous system: change of the rate of propagation of excitation in the brain; enhancement of metabolic processes in nerve cells; improving microcirculation by influencing the rheological characteristics of blood without causing vasodilating effect. It improves connections between the cerebral hemispheres and synaptic conduction in neocortical structures. Piracetam inhibits platelet aggregation and restores the elasticity of the erythrocyte membrane, reduces the erythrocyte adherence. At the dose of 9.6 g it reduces fibrinogen levels and Willebrandt factors by 30-40% and prolongs bleeding time. Piracetam has a protective and restorative effect in brain dysfunction due to hypoxia, intoxication and electroshock therapy. Piracetam reduces the severity and duration of vestibular nystagmus. Piracetam should be used as monotherapy or as a part of a combination therapy of cortical myoclonus, as a means to reduce the severity of the provoking factor - vestibular neuronitis.

- treatment of cortical myoclonus, as monotherapy or as a part of a combination therapy.

The drug in the form of an injectable solution should be administered in acute cases or when oral forms of piracetam cannot be used.

The drug should be administered intravenously (inject slowly, in the space of several minutes) or as an infusion (administered continuously for 24 hours).

Use the drug in adults.