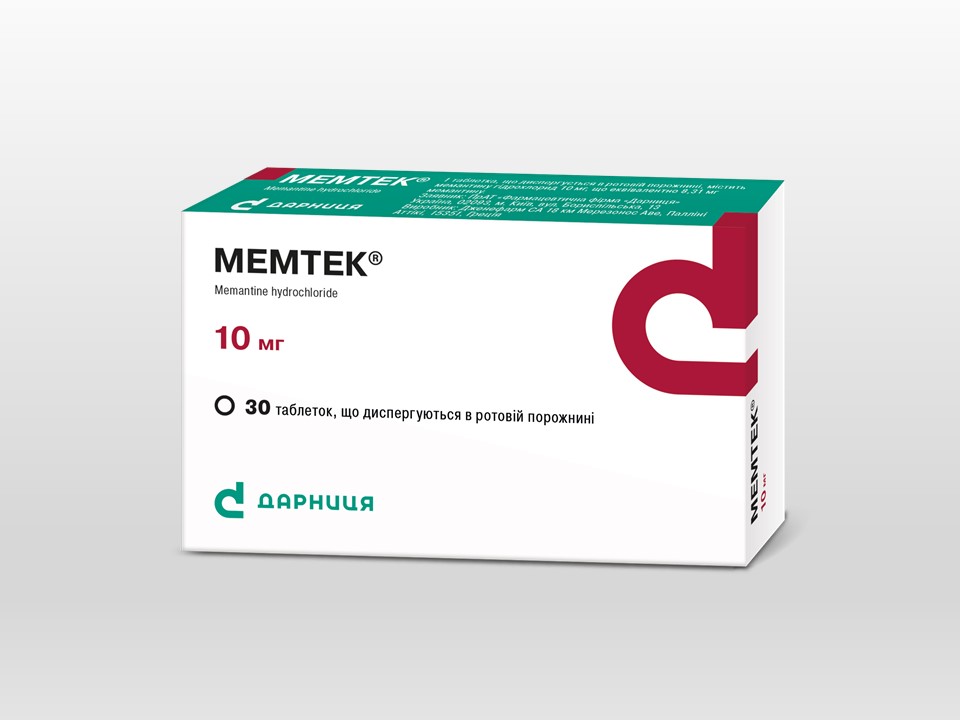 Darnitsa Pharmaceutical Company presented the medicinal product Memtek with the active ingredient memantine hydrochloride for the treatment of mild to severe dementia caused by Alzheimer’s disease.
The problem of dementia and Alzheimer's disease in particular becomes especially relevant in view of the rapid growth of the population over 60 years of age. Thus, according to the latest studies, about 40%-50% of the population over the age of 60 suffer from varying degrees of cognitive decline. In the distribution of primary cognitive impairment in this age group, dementia accounts for 5.2%.
Memantine is a potential-dependent, medium-affinity non-competitive NMDA receptor antagonist. Memantine modulates the effects of pathologically elevated levels of glutamate, which can lead to neuronal dysfunction. The drug makes it possible to reduce tau protein phosphorylation, Аβ-toxicity, oxidative stress and neuroinflammation, and promote neurogenesis.
Memantine is one of the four drugs that have been proven to be effective in treating Alzheimer's disease. In 2002, memantine was approved by the European Medicines Agency (EMA) for use in Europe, and in 2003 it was approved for sale in the United States by the Food and Drug Administration (FDA) for the treatment of moderate to severe stages of Alzheimer's disease. Therewith, memantine is the only non-anticholinergic drug recommended for Alzheimer's disease.
The efficacy of memantine was also proven by a meta-analysis in 2015, which included a study of the efficacy and safety of memantine monotherapy in Alzheimer's disease. It included 9 randomized placebo-controlled trials involving 2,433 patients. Based on statistically significant data, it was established that memantine:

An additional advantage of Memtek is that it is available in the form of orodispersible tablets for easy administration and swallowing. Because according to studies, the prevalence of dysphagia in Alzheimer's disease reaches 80%. This also correlates with the standpoint of the European Medicines Agency (EMA) on medicines for the elderly, which in turn can lead to better adherence to the therapy.

A pack of Memtek contains two blisters of 15 tablets each. Available on prescription. 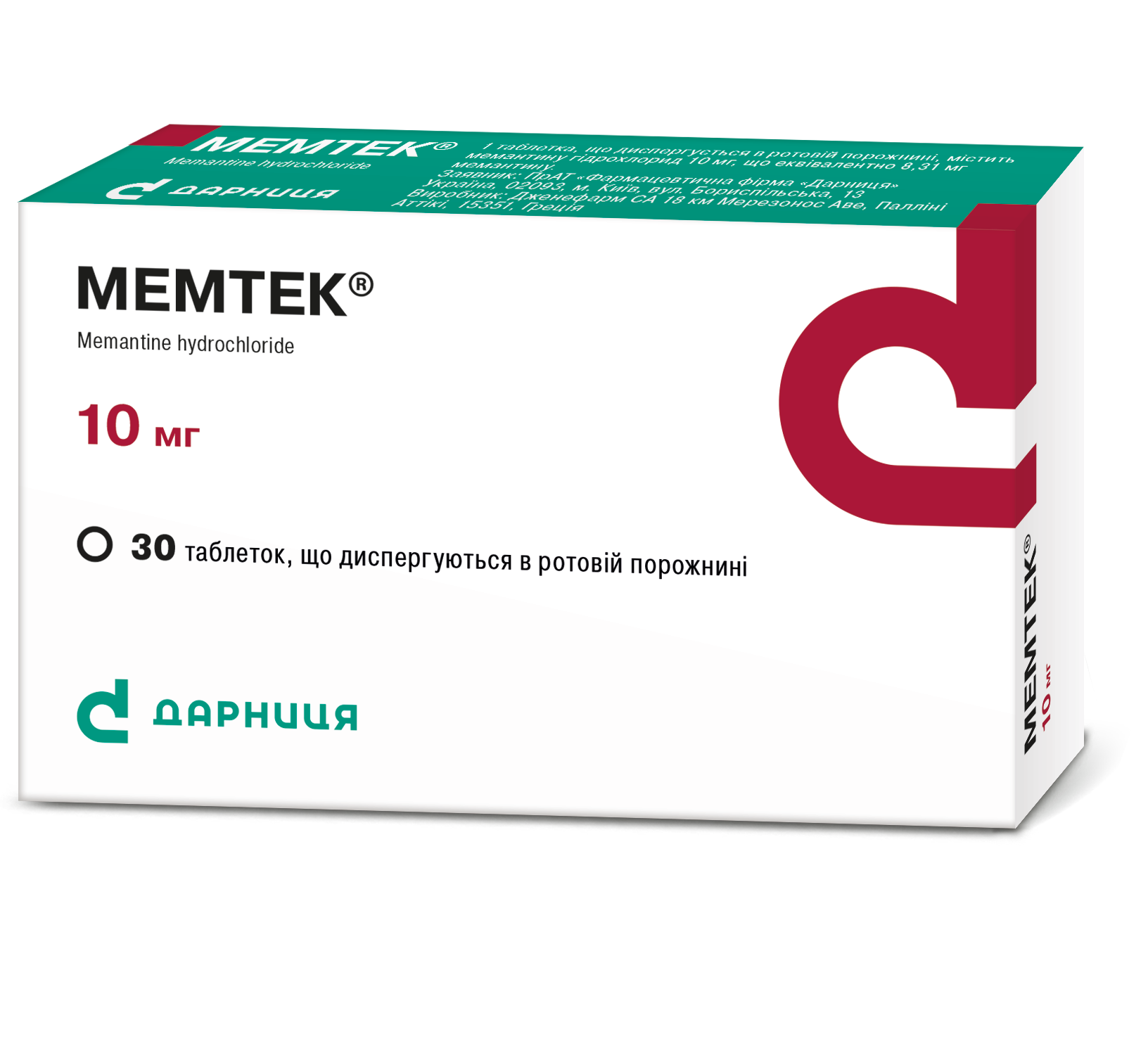