Darnitsa Presented the Product Mintegra for the Treatment of Schizophrenia 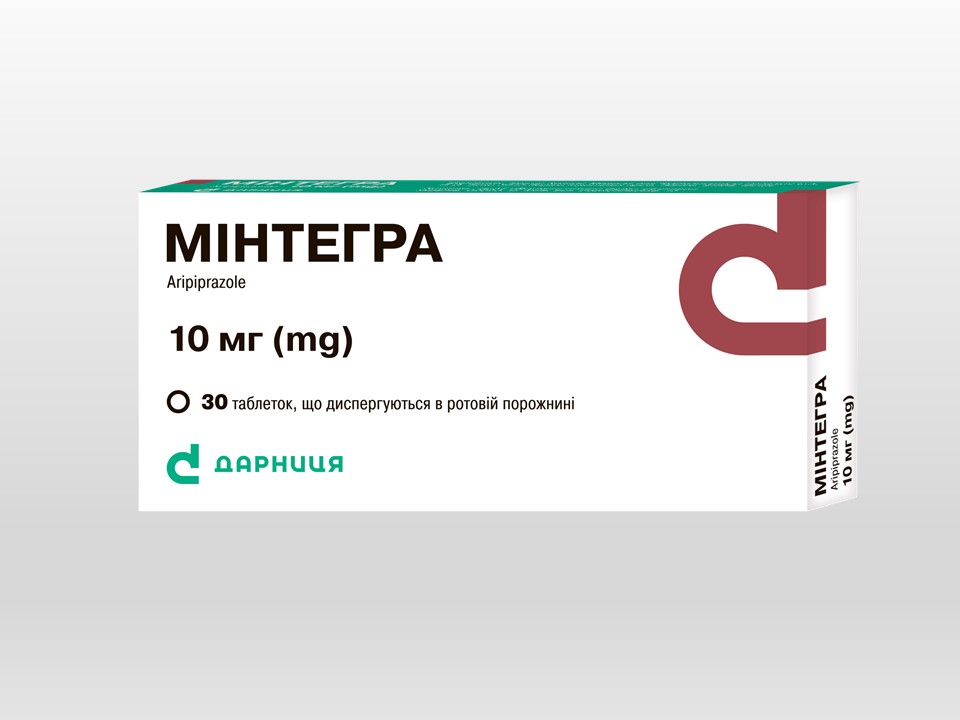 Darnitsa Pharmaceutical Company presented the drug Mintegra with the active substance aripiprazole for schizophrenia and bipolar I disorder. The therapeutic effect of aripiprazole in Mintegra was proven in a clinical study of bioequivalence.

The drug is the result of cooperation between Darnitsa Pharmaceutical Company and a European manufacturer. The name of the drug is derived from “mind integration”, which in English means the integrity of thinking. Mintegra is available in the form of orodispersible tablets containing 10 mg, 15 mg or 30 mg of aripiprazole. The pack contains three blisters of 10 tablets each. The drug is available on prescription.

“Schizophrenia is not only a medical problem but also a significant social one. The global prevalence of this disease, according to the World Health Organization, ranges from 0.3% to 0.7% of the population. Based on this, the estimated number of people with schizophrenia in Ukraine is about 210-290 thousand patients. Schizophrenia causes a significant economic burden and is also a burden for people who look after patients with schizophrenia and have to limit their social roles almost completely. Competent treatment helps to reduce the symptoms of schizophrenia, recover and live a full-on life.”

The key role in the treatment of schizophrenia is given to antipsychotic (neuroleptic) drugs, developed due to fundamental research in the study of neurochemical mechanisms underlying the development of major psychopathological disorders in schizophrenia.

Social and occupational integration are the main goals in the treatment of schizophrenia, and therefore the absence of relapses and achievement of long-term remission are the most important tasks of the therapy. An important element of this process is the patient’s adherence to the prescribed therapy, which in turn directly correlates with the tolerability profile of drugs.

Aripiprazole as a representative of atypical antipsychotics has one of the best tolerability profiles both in terms of the development of adverse reactions in general and metabolic profile in particular. Its clinical efficacy has been proven by many clinical studies and long-term experience in thousands of patients. An important feature of aripiprazole is the effect on the manifestations of negative symptoms, the burden of which generally exceeds the burden of the symptoms of the acute period and significantly reduces the possibility of social adaptation.

In view of its clinical efficacy, tolerability profile and in accordance with leading international guidelines, Mintegra is considered as the first-line therapy for the first psychotic episode of schizophrenia. The dosage form of Mintegra in the form of orodispersible tablets is another convenient advantage as their use does not demand washing down with water and thus they can be administered under different circumstances and to patients in different conditions. 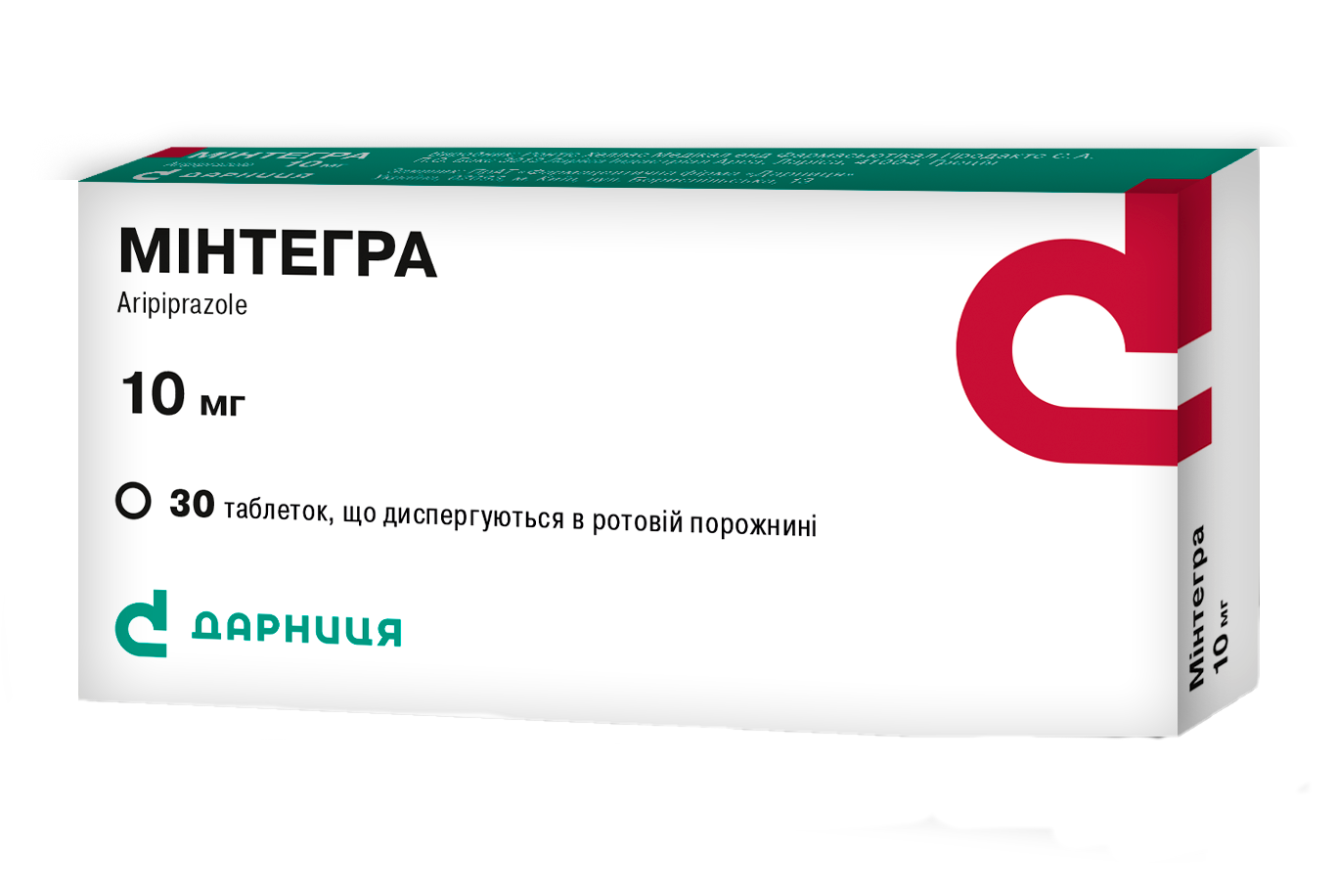