Main News Darnitsa Rebranded: What will Change in the Company, Apart from its Logo

Darnitsa Rebranded: What will Change in the Company, Apart from its Logo 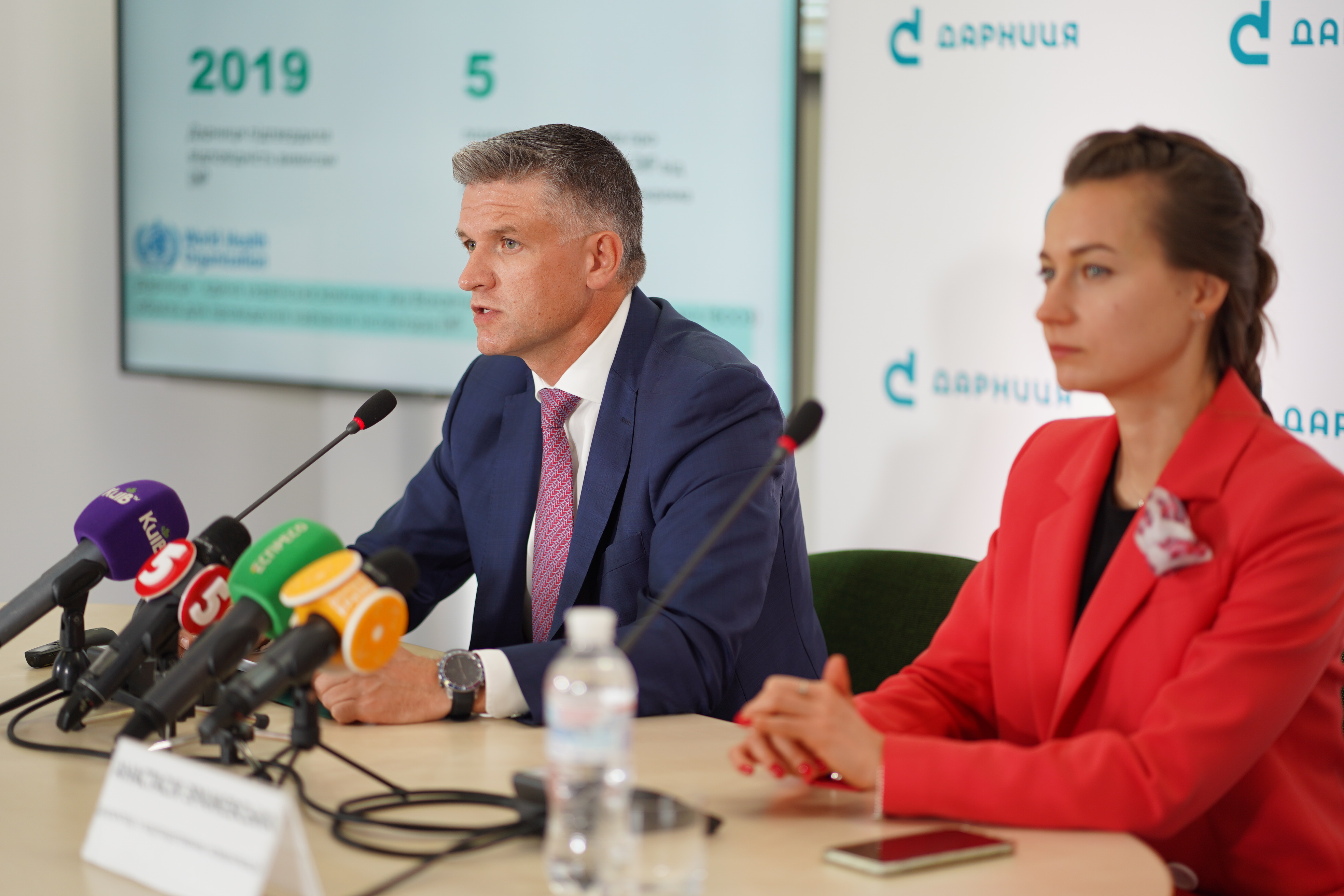 The Pharmaceutical Firm “Darnitsa” presented the results of the rebranding and the updated corporate strategy during the briefing on 16 October 2019.

Rebranding of Darnitsa lasted for more than a year and resulted in a new logo, values and pack design.

Dmytro Shymkiv, Chairman of the Board of Directors of Darnitsa Group:

“Rebranding is not merely a change of the logo. It is a new philosophy of doing business, a new development strategy. We set ourselves a goal – to create an international pharmaceutical brand. For this purpose, we conduct negotiations on the strategic partnership with European and American players of the pharmaceutical market. Another development vector is the transformation of “Darnitsa” into 100% digital company. We have invested more than EUR 1.5 mio. into the digitalization of processes and transfer of the drug life cycle into digital form. We are the first among the Ukrainian pharmaceutical manufacturers to robotize the warehouse entirely. We invest more than 10% of the gross income into research and development annually. In 2018 the amount of such investments amounted to EUR 3.5 mio., and in total “Darnitsa” invested over EUR 200 mio. in the innovative development. Through these and further investments, “Darnitsa” plans to become a leader in the manufacture of complex generics – such as the three-component medicinal product for treatment of arterial hypertension “Tiara Trio”.

Focusing on the development of high-quality generics, “Darnitsa” constantly conducts studies of bioequivalence, i.e. the equivalence of the medicinal products to the original drug. Since 2016 the company has completed 8 bioequivalence studies, another 9 to 12 such studies are planned for the yeas 2020-2021.

“According to the WHO, coronary heart disease and apoplectic attack have been the main causes of death for already 15 years running. Combating cardiovascular diseases is the greatest challenge for the modern medicine and pharmaceutics, and “Darnitsa” is ready to become a part of the response to this challenge,” Dmytro Shymkiv told.

The company’s strategy determines three priorities in the development of the product portfolio: cardiological line, neurological and dealing with pain problems.

In 2018 “Darnitsa” already presented 10 new brands in 12 dosage forms, 11 brands will appear by the end of 2019, and 14 launches in 29 dosage forms are planned in 2020. Currently over 60 medicinal products are on various development and introduction stages.