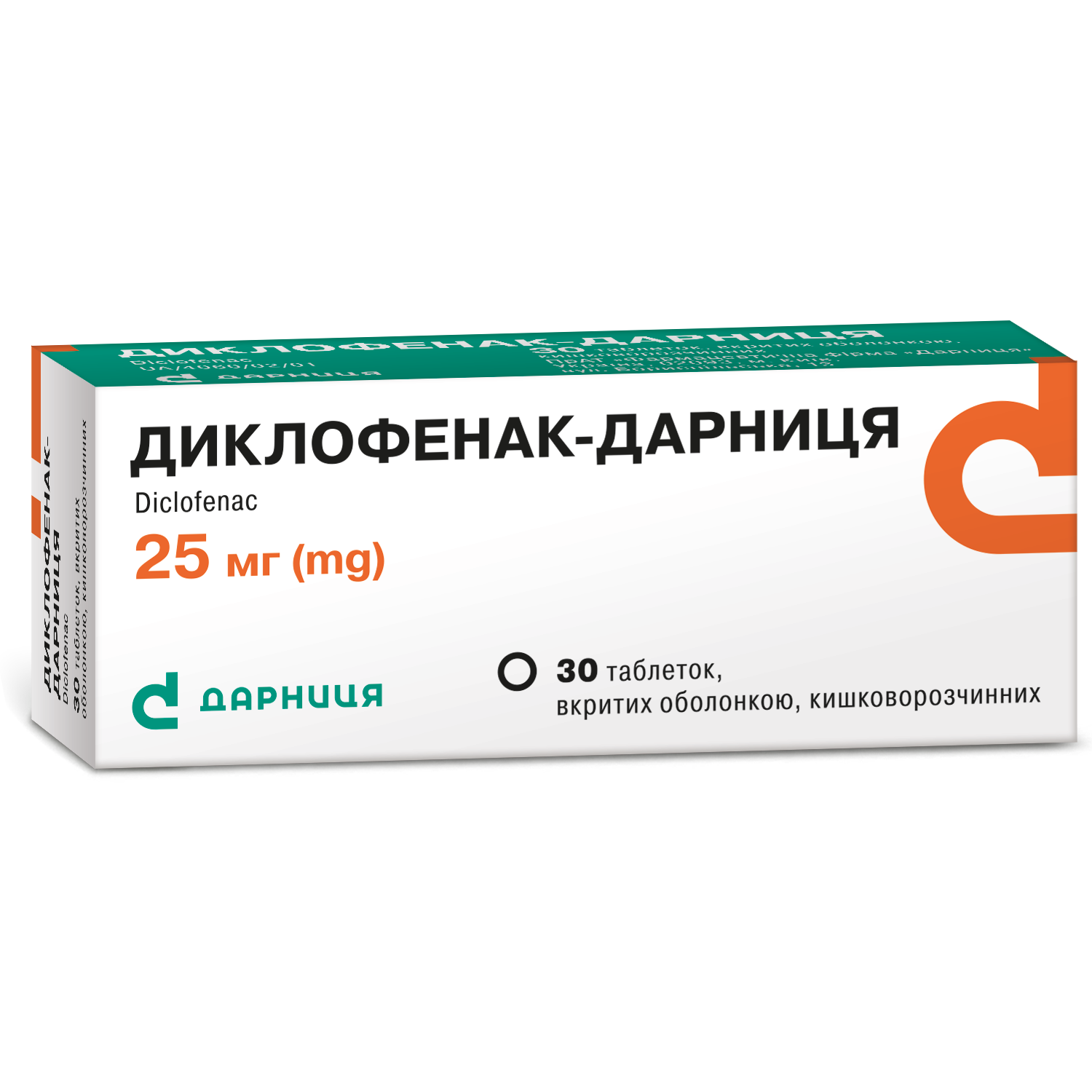 Diclofenac-Darnitsa contains diclofenac sodium, a nonsteroidal anti-inflammatory drug with pronounced antirheumatic, anti-inflammatory, analgesic, and antipyretic properties. Inhibition of prostaglandin biosynthesis is believed to be the main mechanism of action of diclofenac. Prostaglandins play a crucial role in the genesis of inflammation, pain, and fever.

– Inflammatory and degenerative forms of rheumatic diseases (rheumatoid arthritis, ankylosing spondylitis, osteoarthrosis, spondylarthritis)
– Spinal pain syndrome
– Soft tissue rheumatism
– Acute gout attacks
– Posttraumatic and postoperative pain accompanied by inflammation and edema, for example, after dental and orthopedic procedures
– Gynecological diseases accompanied by pain and inflammation, for example, primary dysmenorrhea or adnexitis
– As an adjuvant, it can be used in severe inflammatory ENT diseases accompanied by pain, for example, in pharyngotonsillitis, otitis. According to the general therapeutical principles, the primary disease should be treated with basic drug therapy agents. Fever by itself is not considered an indication for use of the drug

The dosing regimen should be established on an individual basis, considering the indications and severity of the condition.

Diclofenac-Darnitsa is used orally, the tablets are swallowed without chewing, after a meal, with an adequate amount of water.

The drug should be used in the lowest effective doses for the shortest possible time, considering the individual treatment goal in every case.

Diclofenac-Darnitsa, 25 mg enteric-coated tablets, can be used in children over 8 years old (with a body weight of no less than 25 kg).

Instruction is available only in ukrainian
Download
1
...
1
2
3
...
0
Specialized edition for medical institutions and doctors.