Medicines for treatment of gout. Medicines inhibiting the production of uric acid. Febuxostat. 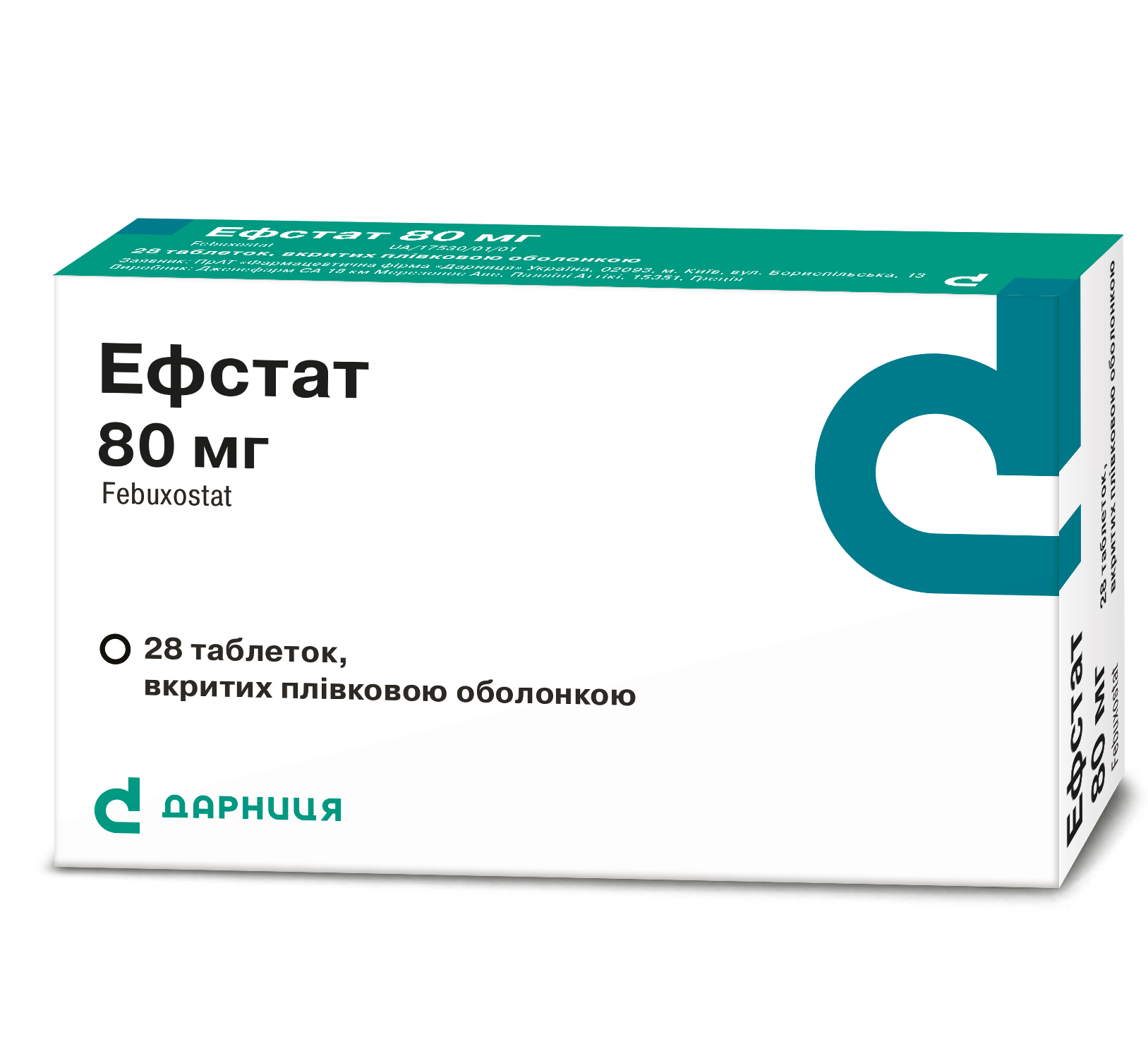 Uric acid is the end product of the metabolism of purines in humans and is formed during the following reaction: hypoxanthine → xanthine → uric acid. Xanthine oxidase is a catalyst for both stages of this reaction. Febuxostat is a 2-arylthiazole derivative whose therapeutic effect is associated with a decrease in the concentration of uric acid in the serum by selective inhibition of xanthine oxidase. Febuxostat is a potent and selective non-purine xanthine oxidase inhibitor and its Ki (inhibition constant) in vitro is less than 1 nM. It has been proven that Febuxostat significantly inhibits the activity of both the oxidized and the reduced form of xanthine oxidase. In therapeutic concentrations Febuxostat does not affect other enzymes involved in the metabolism of purines or pyrimidines, such as guanindesaminase, hypoxanthine-guanine phosphoribosyltransferase, orotidinmonophosphate decarboxylase or purine nucleoside phosphorylase.

Treatment of chronic hyperuricemia in diseases accompanied by the deposition of urate crystals, including in the presence of tophi and/or gouty arthritis at present or in the past medical history.

Treatment and prevention of hyperuricemia in adult patients undergoing chemotherapy for hematologic malignancies with moderate or high risk of tumor lysis syndrome (TLS).

The medicinal product is indicated for adults.

The duration of prevention of gout attacks is at least 6 months.