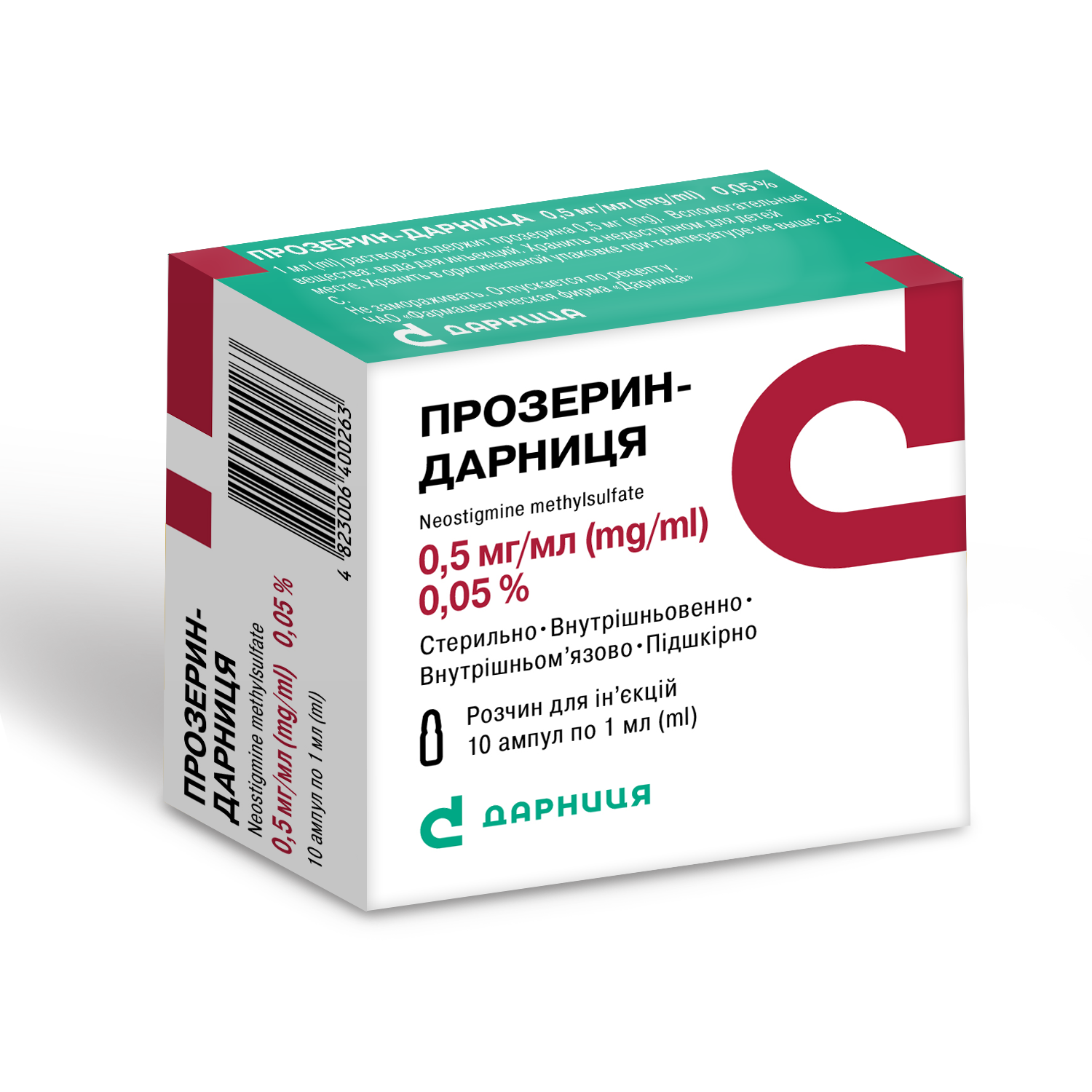 Prozerin-Darnitsa is a synthetic reversible cholinesterase blocker. It has a high affinity for acetylcholinesterase due to its structural identity with acetylcholine. Like acetylcholine, proserine initially interacts with the catalytic center of cholinesterase, but later, unlike acetylcholine, it forms, due to its carbamino group, a stable connection with the enzyme. The enzyme temporarily (from a few minutes to several hours) loses its specific activity. At the end of this time, due to the slow hydrolysis of proserine, cholinesterase is released from the blocker and resumes its activity. This action leads to the accumulation and enhancement of effect of acetylcholine in cholinergic synapses. Proserine has a pronounced muscarinic and nicotine effect, has a direct stimulating effect on skeletal muscles.

The drug should be administered subcutaneously at the dose of 0.5-2 mg (1-4 ml) 1-2 times a day. The maximum single dose for adults is 2 mg, daily - 6 mg. Duration of a treatment course (except for myasthenia, myasthenic crisis, postoperative atony of the intestine and bladder, overdose of muscle relaxants) should be 25-30 days. If necessary, a repeated course is prescribed in 3-4 weeks. Most of the total daily dose is prescribed during the day, when the patient is most tired.