Vitamin K and other hemostatic drugs 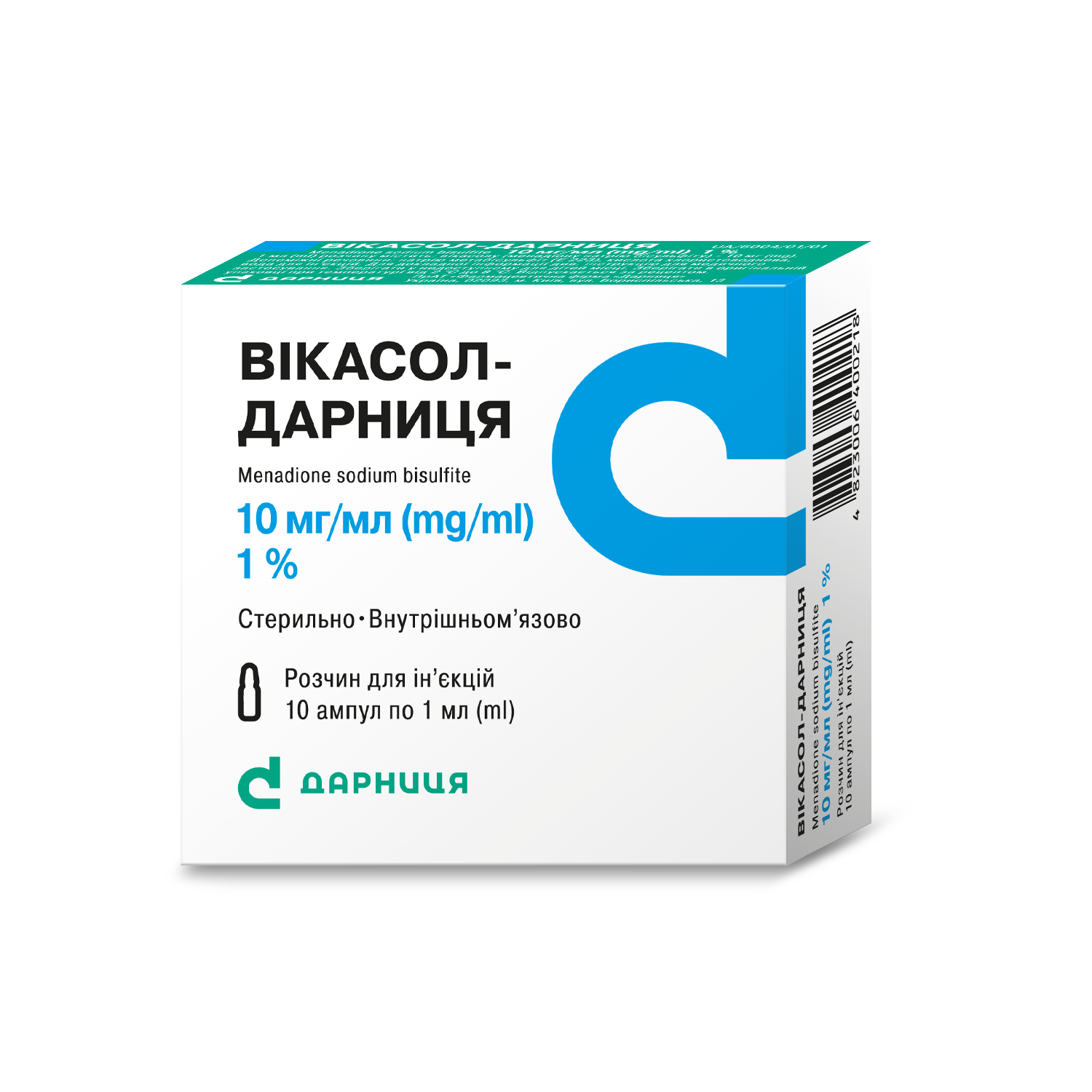 Vikasol is used in bleeding and in hypothrombinemia due to jaundice, in acute hepatitis, capillary and intraparenchymal hemorrhage. After surgeries and injuries, in bleeding due to gastric and duodenal ulcers, pronounced symptoms of acute radiation sickness, prolonged nasal and hemorrhoidal bleeding.

The drug is used in hemorrhages in preterm infants, preclimacteric and adolescent menorrhagias, in spontaneous hemorrhages, preparing for surgeries if there is danger of bleeding in the postoperative period, pulmonary hemorrhages, in hemorrhages due to sepsis.

Moreover, Vikasol-Darnitsa is indicated in bleeding and hypoprothrombinemia due to an overdose of phenindione, neodicoumarin, other vitamin K antagonist anticoagulants.

The drug is intended for intramuscular use.

The treatment duration is 3–4 days; if necessary, it can be repeated after a 4-day interval.

In surgeries associated with possible massive intraparenchymal hemorrhage, it should be used for 2–3 days before the surgery.