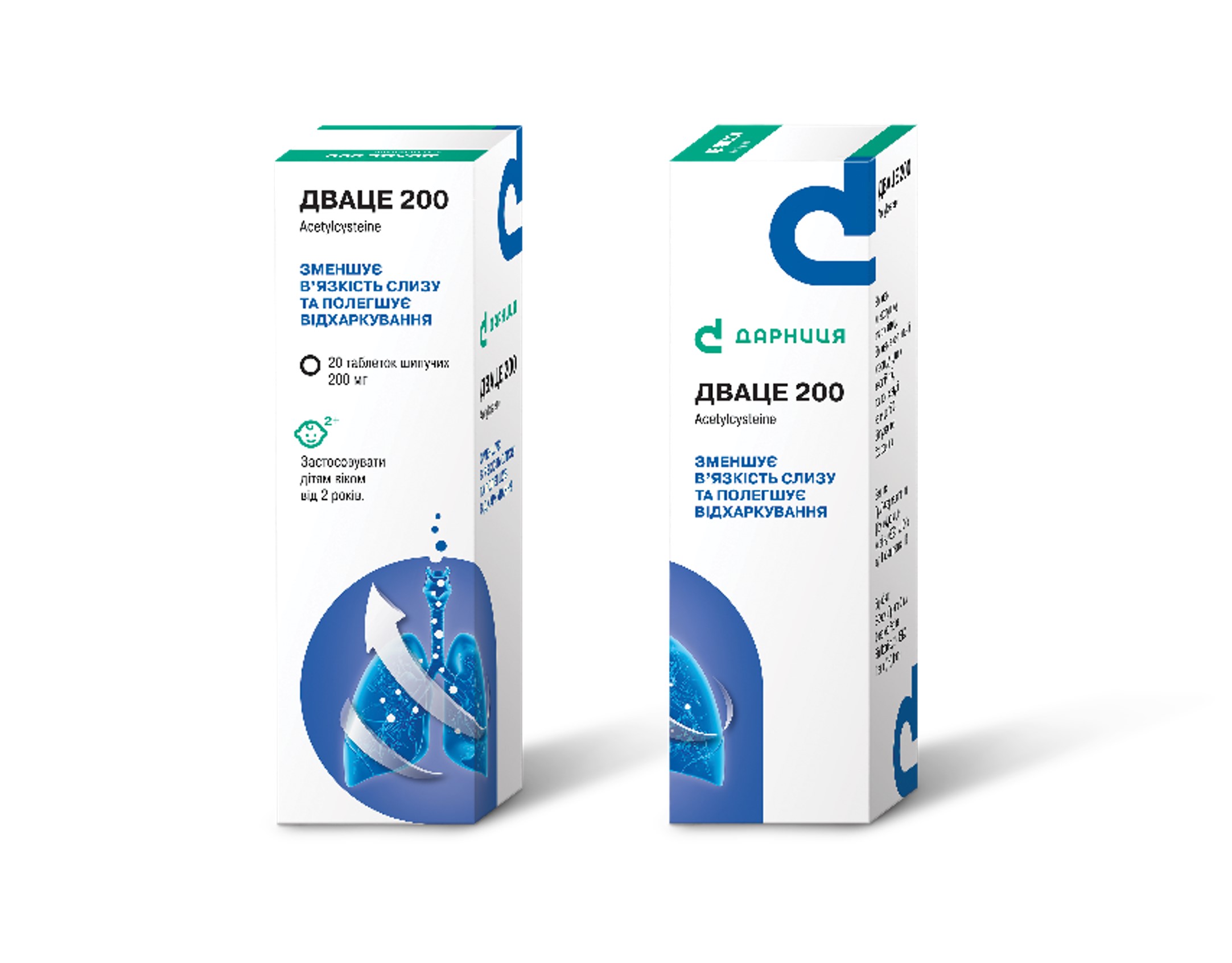 Main physical and chemical properties: white on almost white, round tablets with a flat surface.

N-acetyl-L-cysteine (AC) has a pronounced mucolytic effect on mucous and mucopurulent secretions due to depolymerization of mucoprotein complexes and nucleic acids, which give viscosity to the hyaline and purulent components of sputum and other secretions. Additional properties: a decrease in induced hyperplasia of mucocytes, an increase in surfactant production due to stimulation of type II pneumocytes, stimulation of the activity of the mucociliary apparatus, improves mucociliary clearance.

AC also has a direct antioxidant effect due to the presence of a nucleophilic free thiol group (SH), which is able to interact directly with the electrophilic groups of oxidative radicals. Interesting fact, that AC prevents inactivation of a-1-antitrypsin, an enzyme that inhibits elastase, by hydrochloric acid (HOCl) – a strong oxidant produced by the myeloperoxidase of active phagocytes.

In addition, the molecular structure of AC allows it to easily penetrate cell membranes. Inside the cell, AC is deacetylate to form L-cysteine, an essential amino acid for glutathione synthesis. In addition, AC, which is a precursor of glutathione, has an indirect antioxidant effect. Glutathione is a highly active tripeptide, distributed in various tissues of animals and essential for maintaining the functional capacity of the cell and its morphological integrity. In fact, it is part of the most important intracellular defense mechanism against oxidative radicals, both exo- and endogenous and some cytotoxic substances, including paracetamol.

Paracetamol has a cytotoxic effect by progressively reducing glutathione content. AC plays a primary role in maintaining adequate levels of glutathione, enhancing cellular defenses. As a result, AC is a specific antidote for paracetamol poisoning.

In patients with chronic obstructive pulmonary disease, intake of 1200 mg of AC per day for 6 weeks led to a significant increase in inspiratory volume and forced vital capacity of the lungs, possibly due to a decrease in air entrapment.

In patients with idiopathic pulmonary fibrosis (IPF), the use of acetylcysteine orally at 600 mg 3 times a day for one year in combination with standard IPF therapy (prednisolone and azathioprine) contributed to the preservation of vital capacity and diffuse lung capacity as measured by the method of a single inhalation of carbon monoxide.

In the form of inhalation therapy for one year, AC contributed to a decrease in the intensity of disease progression in patients with IPF.

When it used in very high doses (up to 3000 mg daily for 4 weeks) in patients with cystic fibrosis AC did not have a significant toxic effect.

The antioxidant efficacy of AC is associated with a marked decrease in sputum elastase activity, which is the most significant indicator of lung function in patients with cystic fibrosis. In addition, against the background of treatment, there was a decrease in the number of neutrophils in the respiratory tract, as well as the number of neutrophils, actively secreting elastase-rich granules.

In humans, after oral administration, acetylcysteine is completely absorbed. Due to intestinal metabolism and the first-pass effect, the bioavailability of acetylcysteine when administered orally is very low (approximately 10%). No differences were found for different dosage forms. In patients with various respiratory and heart diseases, the maximum concentration of AC in the blood plasma is reached within 1-3 hours after administration and remains high for 24 hours.

Acetylcysteine is distributed in the body both unchanged (20%) and in the form of metabolites (active) (80%), while it is mainly found in the liver, kidneys, lungs and bronchial secretions. The volume of distribution of AC is from 0.33 to 0.47 l/kg. Plasma protein binding is approximately 50% from 4 hours after administration and decreases to 20% after 12 hours.

After oral administration, AC is rapidly and extensively metabolized in the intestinal and hepatic walls. The metabolite formed, cysteine, is considered active. Next, acetylcysteine and cysteine are metabolized in the same way. About 30% of the dose is excreted by the kidneys. Т1/2 of AC is 6.25 hours.

Treatment of acute and chronic diseases of the bronchopulmonary system, accompanied by increased sputum production.

Hypersensitivity to acetylcysteine or any ingredient of the medicinal product. Gastric or duodenal ulcer in the acute stage, hemoptysis, pulmonary hemorrhage, severe exacerbation of bronchial asthma.

Studies of interaction were conducted only in adults.

The use of antitussives with acetylcysteine can increase sputum congestion due to a decrease in the cough reflex.

Acetylcysteine is pharmacologically incompatible with antibiotics and proteolytic enzymes. When used concomitantly with antibiotics such as tetracyclines (except doxycycline), ampicillin, amphotericin B, cephalosporins, aminoglycosides, their interaction with the thiol group of acetylcysteine is possible, which leads to a decrease in the activity of both medicinal products. Therefore, the interval between the use of these medicinal products should be at least 2 hours. This does not apply to cefixime and loracarbef.

Concomitant use of nitroglycerin and acetylcysteine, there is evidence of significant hypotension and expansion of the temporal artery due to an increase in the vasodilator and antithrombotic effect of nitroglycerin. If nitroglycerin and acetylcysteine are co-administered, patients should be monitored for hypotension, which can be severe, and should be warned of the possibility of headache. Acetylcysteine can be a donor of cysteine and increase the level of glutathione, which helps to detoxify oxygen free radicals and certain toxic substances in the body. Acetylcysteine reduces the hepatotoxic effect of paracetamol.

It is not recommended to dissolve acetylcysteine in one glass with other medicinal products. There is a synergism of acetylcysteine with bronchodilators.

Upon contact with metals or rubber, sulfides with a characteristic odor are formed, so glassware should be used to dissolve the medicinal product.

Acetylcysteine may affect the results of colorimetric quantification of salicylates and the determination of ketone bodies in urine.

There are isolated reports of severe skin reactions (Stevens-Johnson and Lyell syndromes) when taking acetylcysteine, so in case of changes in the skin or mucous membranes, you should immediately stop using the medicinal product and consult your doctor regarding its further use.

It is recommended to use the medicinal product with caution in patients with a history of gastric and duodenal ulcers, especially in the case of concomitant use of other medications that irritate the gastric mucosa.

Acetylcysteine should be used with caution in patients with liver or kidney disease to avoid the accumulation of nitrogen-containing substances in the body.

The use of acetylcysteine, mainly at the beginning of treatment, can cause a dilution of bronchial secretions and increase its volume. If the patient is unable to effectively cough up sputum, postural drainage and bronchoaspiration are necessary.

Acetylcysteine affects the metabolism of histamine, so long-term therapy should not be prescribed to patients with histamine intolerance, as this can lead to symptoms of intolerance (headache, vasomotor rhinitis, itching).

A light sulfur smell is not a sign of a change in the properties of the drug, but is specific to the active substance.

This medicinal product contains sodium compounds. Caution should be exercised when administering to patients on a sodium-controlled diet.

There are limited amount of clinical data from the use of acetylcysteine in pregnant women. Animal studies have not shown any direct or indirect negative effects on pregnancy, embryofetal development, childbirth and postnatal development.

There is no information on the excretion of acetylcysteine in breast milk.

The medicinal product should be used during pregnancy or lactation only after a careful assessment of the benefit/risk ratio.

There is no evidence that acetylcysteine affects the ability to drive and use machines.

Effervescent tablets of 200 mg are dissolved in 1/3 cup of water.

The duration of treatment is determined by the doctor individually, depending on the nature of the disease (acute or chronic). The medicinal product should not be taken for more than 4-5 days without consulting a doctor.

In the first 10 hours after taking the toxic substance, acetylcysteine is taken as soon as possible at the rate of 140 mg/kg, then at the rate of 70 mg/kg every 4 hours for 1–3 days.

Acetylcysteine should be taken without delay, immediately after preparation of the solution.

Medicinal product is used for children over 2 years.

There are no data on cases of overdose with oral acetylcysteine. Volunteers received 11.6 g of acetylcysteine per day for 3 months without any serious side effects.

Acetylcysteine, when used in doses of 500 mg / kg / day, does not cause an overdose.

Symptoms. Overdose can present with gastrointestinal symptoms such as nausea, vomiting, and diarrhea.

Treatment. There is no specific antidote for acetylcysteine poisoning, the therapy is symptomatic.

Blood and lymphatic system disorders: frequency unknown - anemia has been reported on cases of bleeding with the use of acetylcysteine, sometimes through hypersensitivity reactions.

In very rare cases, in connection with the intake of acetylcysteine, there have been reports of individual severe skin reactions (Stevens-Johnson and Lyell syndromes). In most cases, at least one other medication may be more likely to cause mucocutaneous syndrome. Therefore, if any new changes appear on the skin or mucous membranes, you should consult a doctor and immediately stop taking acetylcysteine.

There have been cases of decreased platelet aggregation, but the clinical significance of this has not been determined.

Store in the original package, in a tightly closed tube, at a temperature below 25°C. Keep out of the reach of children.

When dissolving acetylcysteine, it is necessary to use glassware, avoid contact with metal and rubber surfaces.

It is not recommended to dissolve acetylcysteine in one glass with other drugs.

Antibiotics and acetylcysteine should not be mixed before administration due to the possibility of in vitro inactivation of antibiotics (preferably β-lactam antibiotics).

Nature and contents of container. 20 tablet in a tube, 1 tube in a pack.

The marketing authorisation holder’s location and address of the place of business. 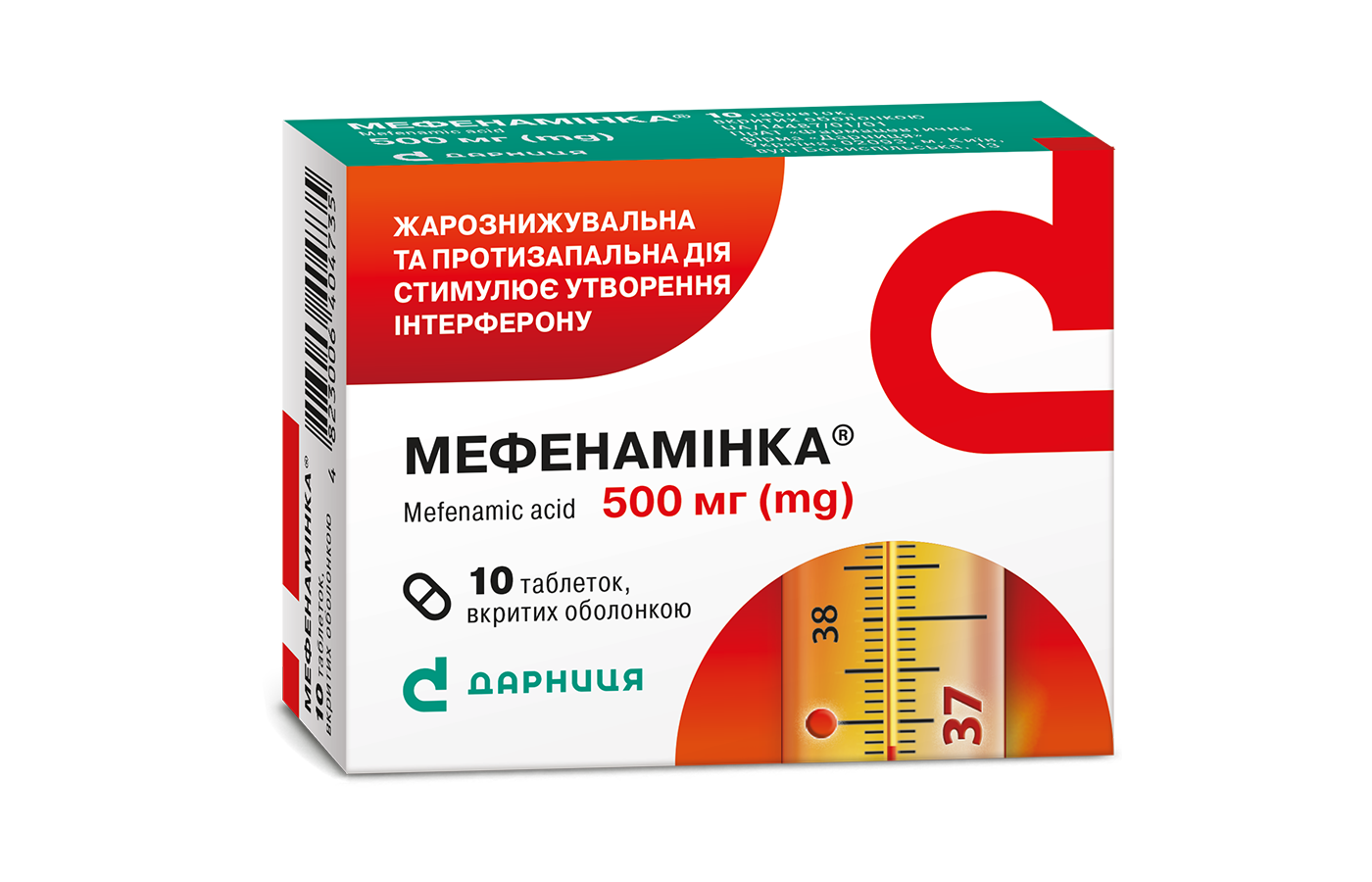 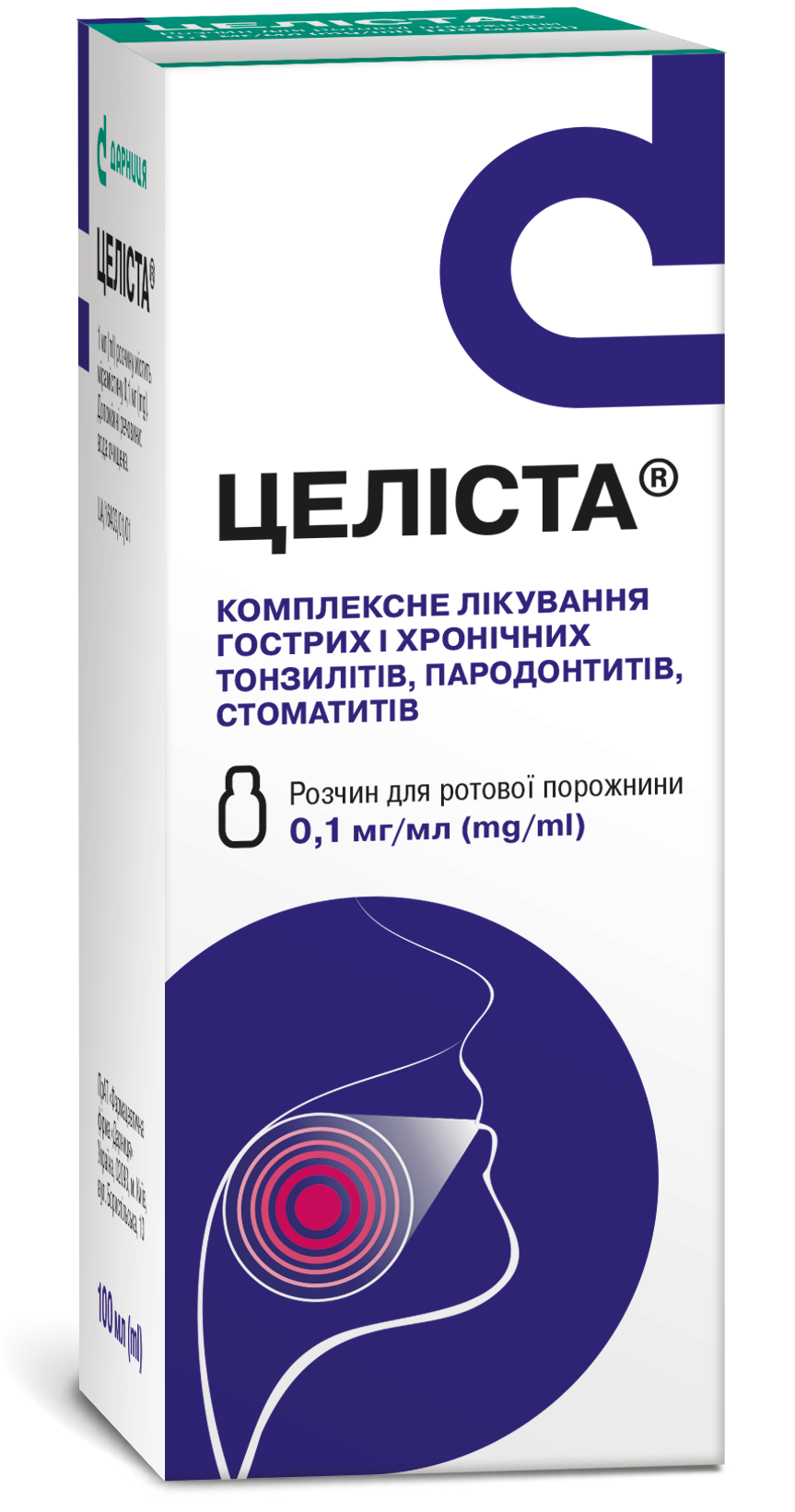 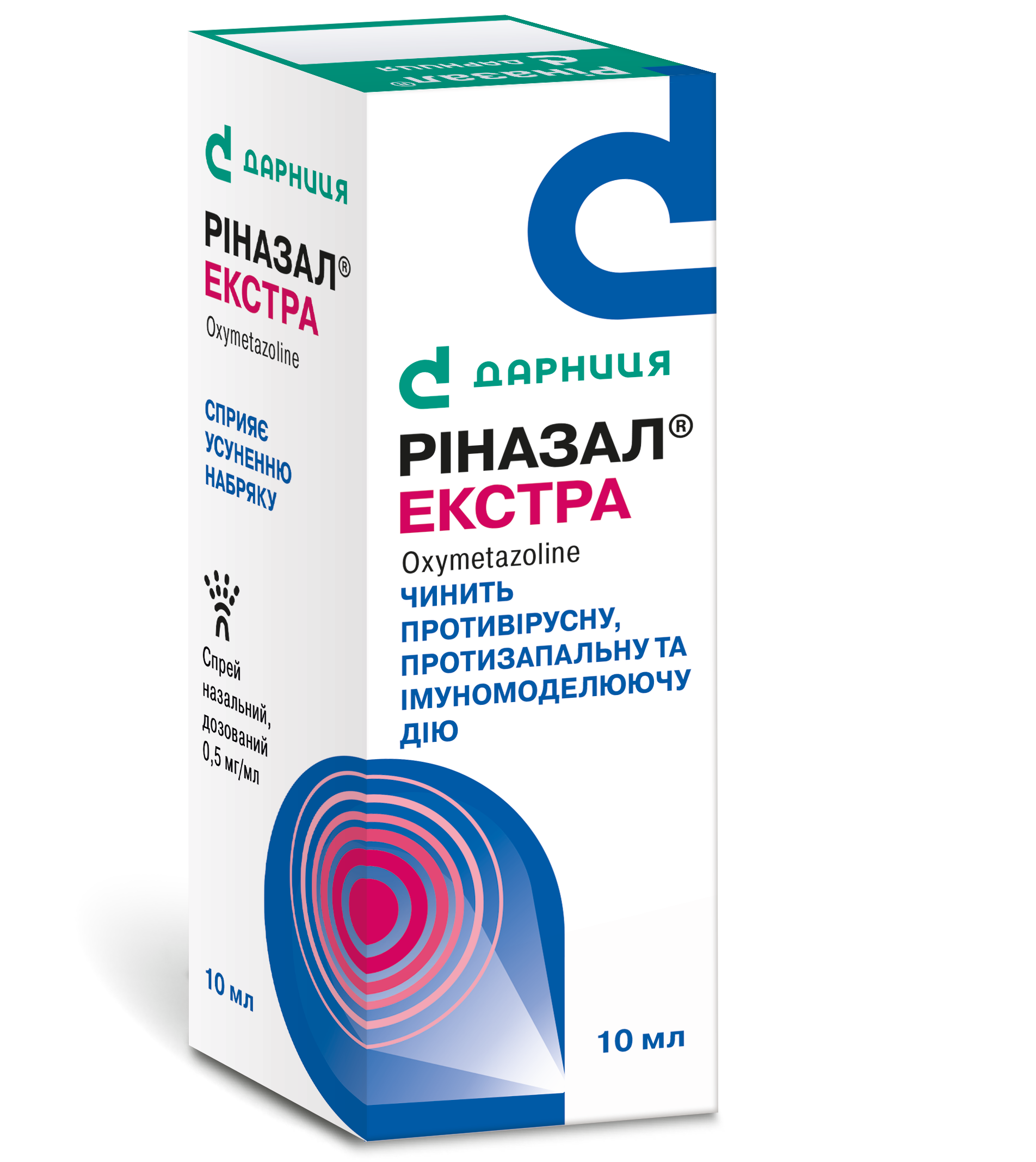 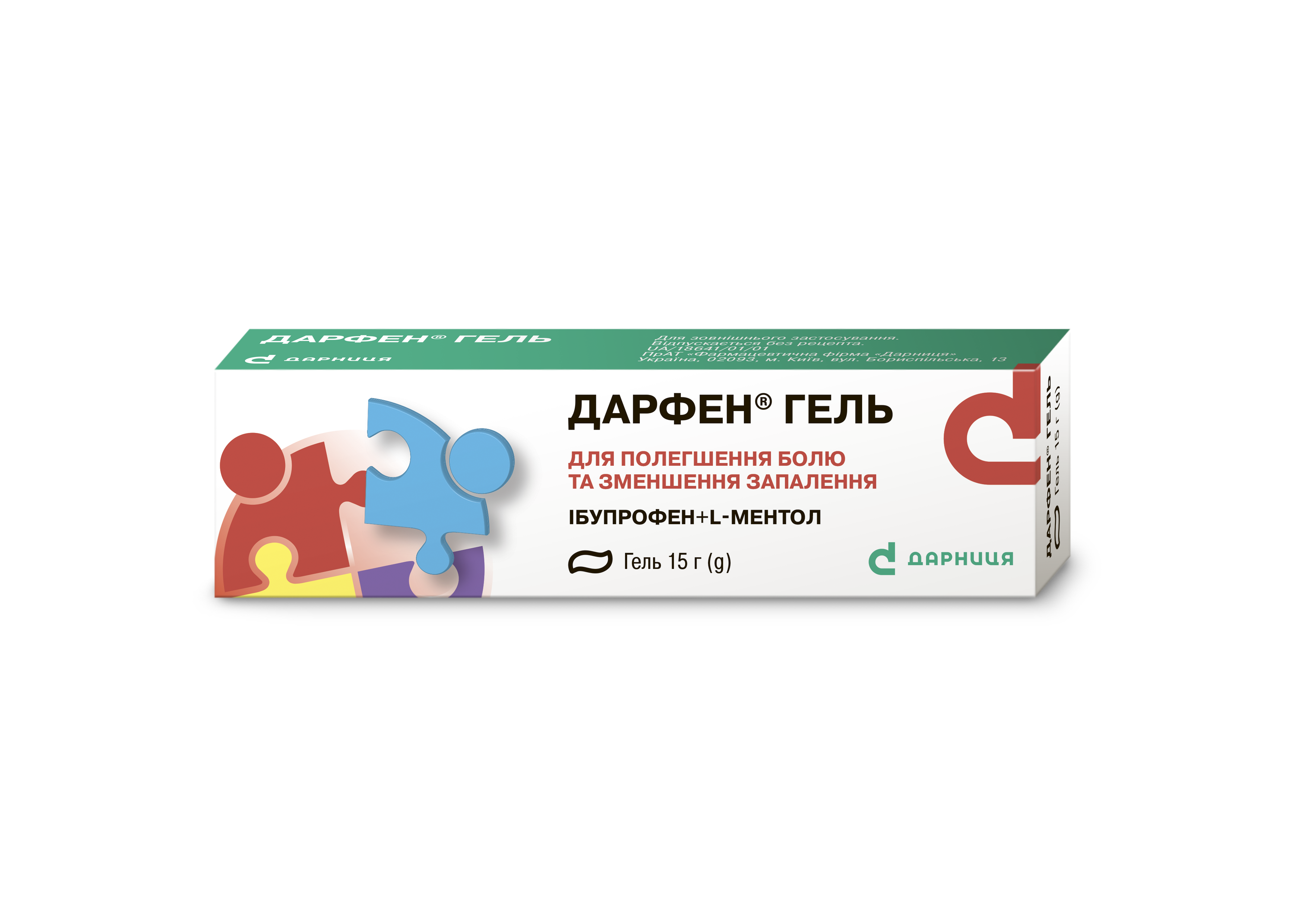